← more from
ASTROPILOT MUSIC
Get fresh music recommendations delivered to your inbox every Friday.
We've updated our Terms of Use. You can review the changes here. 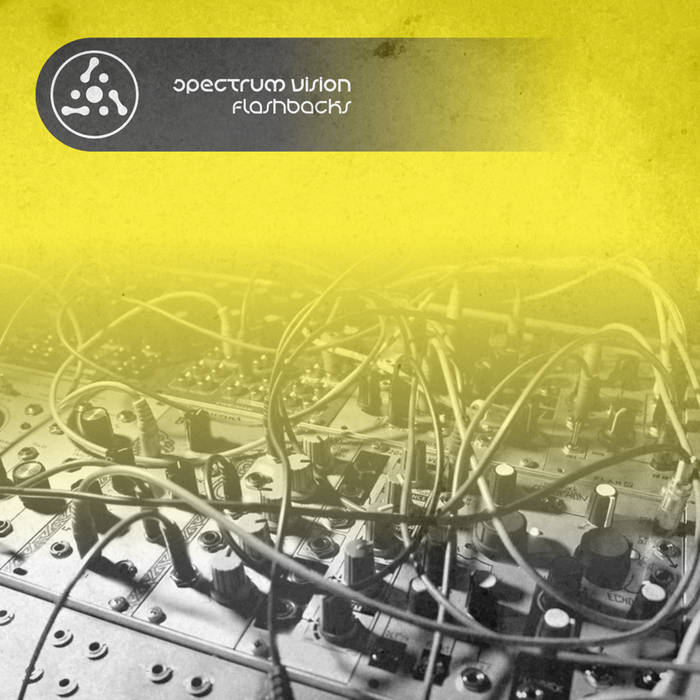 Gideon 22 tracks! And I like all of them!
Love the double bass on Spiral Foh. Favorite track: Spiral Foh.

artycha° not my first AstroPilot production but one of the best. a story has to be told from beginning till the end. very enjoyable journey. thank you Ivan. will follow your path.

Ivan Uzdyaev from Stupino, Russia, is the mastermind behind the Spectrum Vision project. He had long experimented with multiple music styles, and the current release is a great example of Ivan’s vast musical expertise. "Flashbacks" is an eclectic collection of previously unreleased tracks written and produced in 2006-2012. It is full of atmospheric soundscapes, ethnic samples, exotic sounds, unexpected and intriguing music arrangement, 4/4 house and trance rhythms, as well as breaks and drum’n’bass beats – all of these elements comprise the new release.

Spectrum Vision. Flashbacks.
An eclectic collection of bright, overwhelming sounds from places unknown and long forgotten. Come along for a ride to the Terra Incognita.

1. Earth. The Mother, the home, the first one, the Earth. A far, forgotten mother world with rich lush jungles sprawled on the remains of civilization long destroyed. Only the echoes of greatness remain.
2. Woo. In this new age and day, we can’t do anything without ‘woo’, it’s in the very air we breathe, in the food we eat, in every bionic device that surrounds us all.
3. Sea and Snow. See the azure ice crack and fall down from the iceberg into the restless dark waves with white horses on top. See it sink peacefully into the bottomless abyss, into the oblivion.
4. Flight to Universe (Flight through the Universe?) In the core of its operation, ZMD, or zero-mass drive, is the conversion of mass to light with lossless data encoding. And from light’s frame of reference, no any two points in space are separate from each other…
5. Muse. ) See her slowly dance swaying hips in the darkness of the bedroom. The motions are enticing, mesmerizing, overcoming you.
6. Neptun. ) High altitude logistic hub orbiting Neptune was a famous spot in the Solar system for long haulers to take chicks for an impressive close-up view of gas giant’s gorgeous atmosphere.
7. Nano. The day when we merged with machines was when they became smaller than a grain of sand, permeating the air, the water, and ultimately our bodies.

9. Electro Alice. Wake up, Alice. Wake up and follow the white rabbit. Follow him down into the depths of databases, enormous storages, electronic highways. Lose yourself in the binary data.
10. 56 Deegrees. At 56 degrees, a crystal of astralleum undergoes a truly remarkable transition. All of its electrons, that were shuffling, colliding and whirling around a moment ago, settle gracefully in pairs and start drifting effortlessly around the crystal, singing and echoing distantly.
11. Alone Again. Fear not being alone, for it is a precious gift of solitude, a remarkable opportunity to dive into the most amazing Universe – you yourself. Meditate your sorrows away.
12. Breath. Here, among the dead white hospital wall, the only most important thing is to hear you breathe, to know you are still alive.
15. Spiral Foh. Spiral foh is a new existential philosophy centered around the idea of a spiral. Everything living should always break the cyclical development and ride the spiral instead.
17. Essacc. Essacc is a virtual reality dance club known in the whole Solar System. The best senso-music with mind-blowing visuals will make you want to stay there forever.
18. Mystical Bruhoo. Sometime around half a century ago, a new programming language emerged that relied on the principles of voodoo, shamanism, and medieval mysticism. It became widespread and known as “mystical bruhoo”.
20. Troll Wood. Deep in the misty swamps, surrounded by shrubs and ancient trees live infamous trolls. If you see one – run! For their only weakness is slow speed.
21. Clouds. No other planet can boast unforgettable clouds like Jupiter. The gigantic sphere is shrouded with layers of ammonia, sulfur, and water that look like a planet-sized latte.
22. Bitmap. Ever wondered what the usual music sounds like when it is digitalized running through wires, through the air as an electromagnetic wave? Well, here’s your chance…

Bandcamp Daily  your guide to the world of Bandcamp